Users of SSMS 2016 and later versions do not need this feature and can use internal shortcuts editor connected with our Macros functionality. Additionally, in SSMS versions starting from 2016 SSMSBoost displays the full list of its own commands under Settings->Commands. This menu item displays the assigned shortcuts and allows you to set new ones. 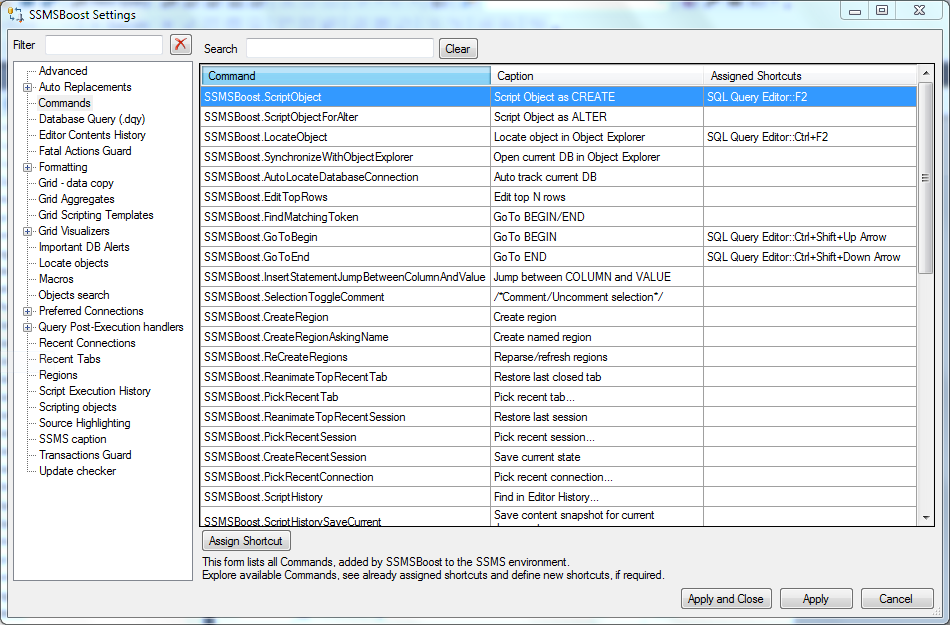 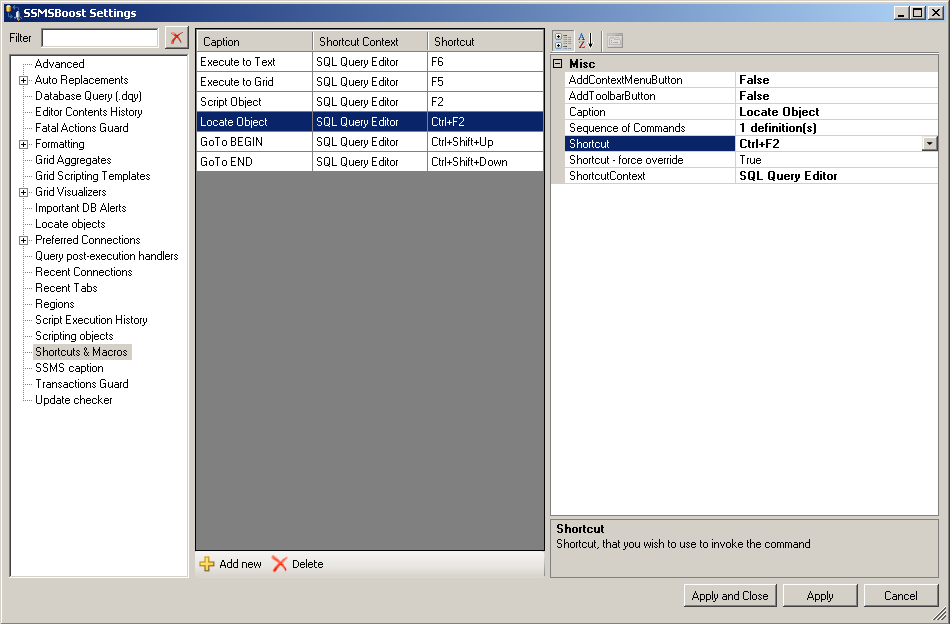